Clemson and Georgia getting most bets to win CFB Playoff 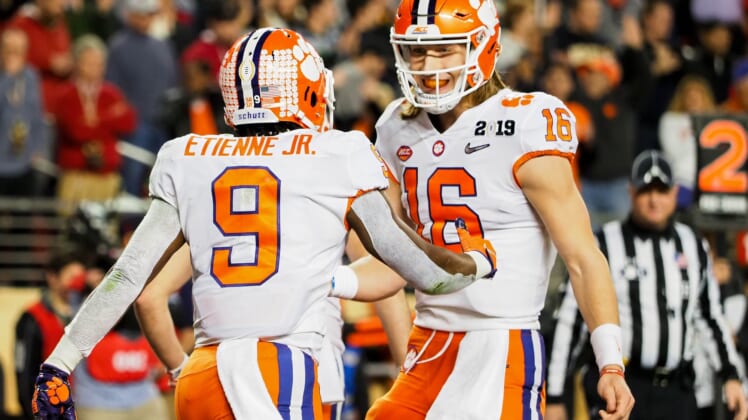 While still ranked No. 2 in the nation and boasting Heisman candidate Tua Tagovailoa, Alabama is not the odds-on favorite to win the College Football Playoff.

According to SportsBetting.ag, the top-ranked Clemson Tigers have had the most money wagered on them to win the title. They are followed by Alabama’s SEC rivals in that of the Georgia Bulldogs.

Here’s how the top five look.

Even prior to losing to Clemson in last season’s National Championship Game, most figured that the Crimson Tide would take a step back in 2019. They lost double-digit players to the 2019 NFL Draft, including three in the first round.

We’d still be hard-pressed to bet against Alabama this season. It’s just going to be hard with the likes of Trevor Lawrence and Jake Fromm leading Clemson and Georgia, respectively.