Report: Some in Raiders organization wonder if Clelin Ferrell is ‘mean enough’ 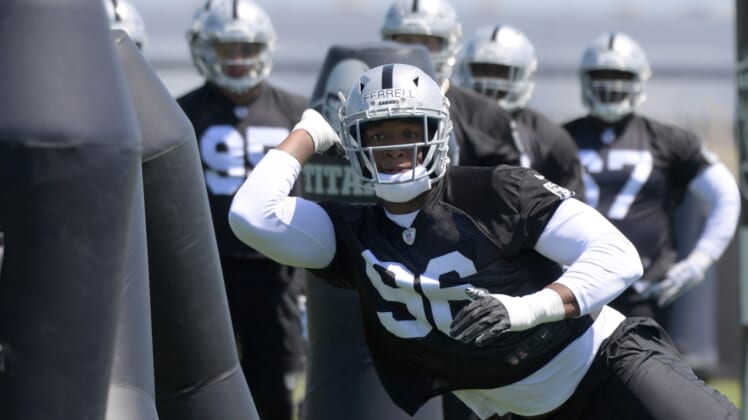 The Oakland Raiders selected Clemson defensive end Clelin Ferrell No. 4 overall during the 2019 NFL Draft, but reportedly some within the organization wonder about his demeanor.

Paul Gutierrez of ESPN wrote that Ferrell’s “on-field persona” will be tested. He added that “some in the organization wonder if he is ‘mean enough’ on the field” and noted Ferrell is working with the second-string defense at this time.

The pick itself was widely seen as a massive reach. Most who cover the draft predicted Ferrell would go in the 20s or even drop out of the first round altogether.

So, it was surprising that the Raiders took him that high. The pick would be even more of a reach if some within Oakland’s organization had these questions about Ferrell’s “on-field persona” before the draft.

Then again, perhaps this is why rookie general manager Mike Mayock sent most of his scouts home prior to the draft in a shocking, pretty much unprecedented move.