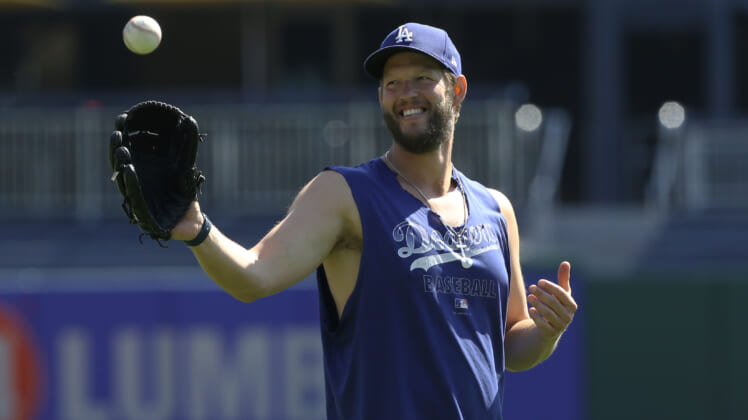 Scheduled to be one of the probable pitchers among the MLB games today, the Los Angeles Dodgers have now placed left-handed pitcher Clayton Kershsaw on the injured list.

Kershaw was originally scheduled to face the Philadelphia Phillies on Friday night. Unfortunately, the 34-year-old ace of the Dodgers’ rotation once again finds himself sidelined by an injury.

An eight-time All-Star selection and three-time Cy Young Award recipient, Kershaw missed the end of the 2021 season due to persistent issues in his throwing arm. It limited his mark in free agency, resulting in him signing a one-year contract worth $17 million with the Dodgers.

Kershaw looked healthy in spring training, flashing dominance and rounding himself into form. It carried over into the regular season as the veteran southpaw found himself in early consideration for another NL Cy Young award.

Unfortunately, he will now miss at least two weeks with SI joint inflammation

While the Dodgers didn’t provide specifics before Friday’s game, the SI joint is located in the pelvis and helps link it to the lowest part of the spine above the tailbone. According to spine-health, SI Joint inflammation can result in pelvic pain and stiffness. If the inflammation is minor, this might only be a minimal stint on the injured list for Kershaw.

In his absence, Los Angeles called up Garrett Cleavinger to take the roster spot. Walker Buehler, originally scheduled to start on Saturday, will now take the hill Friday against the Phillies. With an opening in the rotation, top prospect Ryan Pepiot might get another shot to prove himself next week.