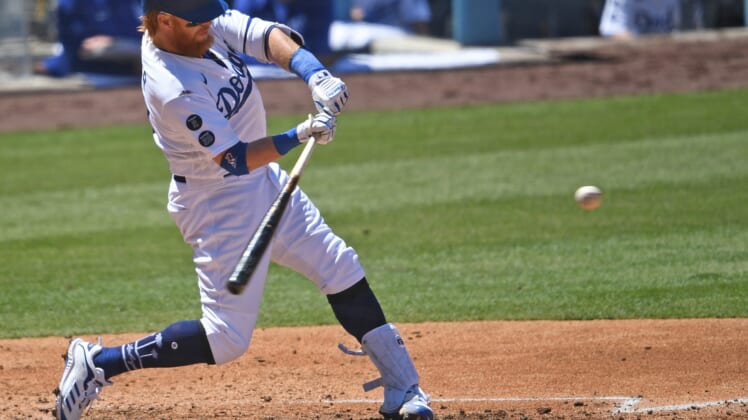 Clayton Kershaw was up to his old tricks, pitching seven scoreless innings while leading the Los Angeles Dodgers to an 8-0 victory Wednesday afternoon over the Cincinnati Reds to close a disappointing homestand on an uplifting note.

Justin Turner hit a home run and the Dodgers blew open the game late with a six-run eighth inning. Kershaw (4-2) made sure the team had what it needed from the mound, giving up four hits with one walk and eight strikeouts for his 96th career victory at Dodger Stadium over 186 starts.

Nick Senzel had four hits for the Reds, three off Kershaw, while starter Sonny Gray struck out 11, one off his career high, over 5 2/3 innings. Gray (0-2) threw 95 pitches in his longest of three starts this season.

The Dodgers went just 2-5 in their seven-game homestand against the San Diego Padres and Reds. It was the first two series they lost this season.

The Dodgers took a 1-0 lead in the first inning when rookie Luke Raley grounded into a double play, while Chris Taylor scored from third base.

Turner increased the lead to 2-0 in the third inning with a home run to left-center, his sixth. Entering this season, Turner had just eight career home runs before May 1 in his previous 12 seasons.

The Dodgers’ six runs in the eighth came on an RBI triple from Taylor, an RBI single from AJ Pollock and two-run singles from Matt Beaty and Betts.

Dodgers left-hander Garrett Cleavinger was hit by a Tyler Stephenson line drive in the back of his left arm with two outs in the ninth inning, with Dennis Santana called on to record the last out.

The Dodgers entered with just 3.1 runs scored per game over their previous 10 contests, while going 3-7 in that stretch. Los Angeles worked eight walks and had 21 in the three-game series.

Infielder Alex Blandino was called on to pitch one-third of an inning for the Reds, who won the first two games of the series after arriving in Los Angeles on a seven-game losing streak. Senzel’s four hits tied a career high.