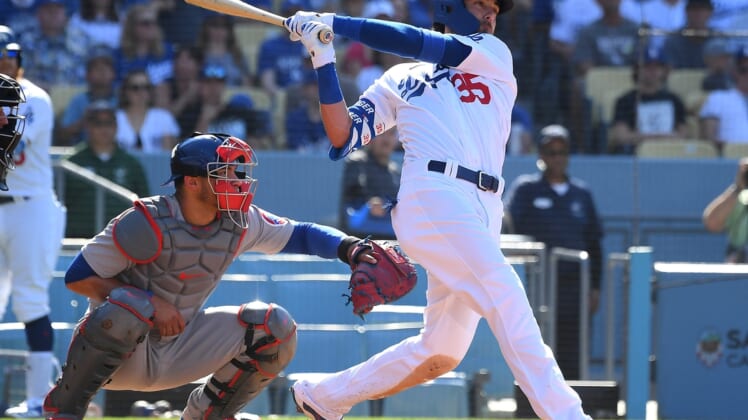 Zach McKinstry hit a grand slam and Clayton Kershaw struck out a season-high 13 batters as the Los Angeles Dodgers cruised to a 7-1 victory over the visiting Chicago Cubs on Sunday.

Cody Bellinger added a two-run home run in a six-run second inning as the Dodgers won their third consecutive game against the Cubs to come out on top in a four-game series. The Dodgers’ recent success has come after they were swept at San Diego and were no-hit by the Cubs on Thursday.

Kershaw (9-7) gave up one run over a season-long eight innings on four hits and one walk as he won for just the second time in his last six starts. The left-hander threw 101 pitches, just the fourth time in his 17 starts this season that he reached the 100-pitch mark.

The Dodgers loaded the bases in the second with nobody out after Matt Beaty was hit by a pitch and Chris Taylor and Gavin Lux walked. McKinstry crushed a 1-1 slider from Alzolay (4-7) into the seats in right field.

It was McKinstry’s fifth home run of his rookie season but just his second in 21 games since returning from an oblique injury. Both of those home runs came over the weekend against the Cubs.

Four batters after McKinstry went deep, Bellinger hit his two-run shot. It was just his third of the season after missing time with multiple leg injuries, and his second in two games after hitting a game-ending home run Saturday.

Baez hit his 18th home run of the season in the fourth inning to get the Cubs on the board and cut the deficit to 6-1, but the Dodgers got the run back in the sixth on a triple by Mookie Betts and a sacrifice fly from Bellinger.