The Arizona Coyotes will need to find a new home after the 2021-22 season.

The city of Glendale informed the club Thursday that it will not renew the operating agreement for Gila River Arena following this season. The Coyotes have to vacate the arena by June 30, 2022.

“With an increased focus on larger, more impactful events and uses of the city-owned arena, the city of Glendale has chosen to not renew the operating agreement for the Arizona Coyotes beyond the coming 2021-22 season,” the city said in a statement.

The city and the team had been operating under a year-to-year agreement for several years. Either party could opt out by providing written notice each year on or before Dec. 31. 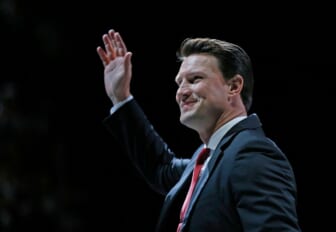 “The decision to not renew was not made overnight or in a vacuum,” Glendale city manager Kevin Phelps said.

The move comes after months of stalled negotiations between the city and the club on terms of an extension, agreement on renovations and delinquent payments by the Coyotes.

In March, NHL commissioner Gary Bettman said that Glendale is “not economically capable of supporting an NHL franchise.” In a letter to the Arizona legislature, Bettman said the Coyotes “cannot and will not remain in Glendale.”

Bettman was writing in support of public-private funding for a new arena in Phoenix or the East Valley.

The Coyotes began playing in Glendale during the 2003-04 season.

Glendale is also home to the NFL’s Arizona Cardinals.