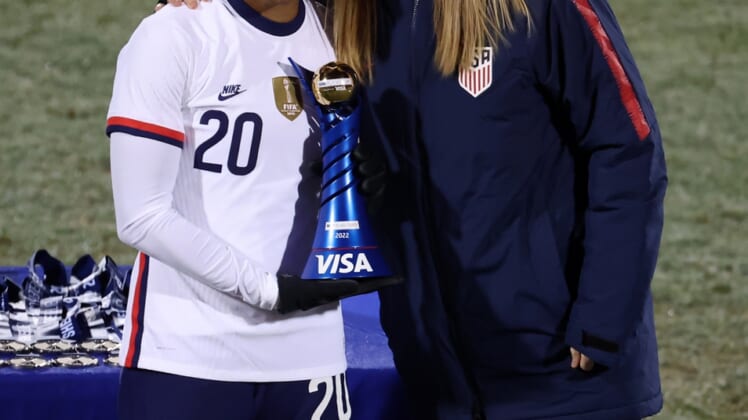 Cone earned 52.9 percent of the vote to outdistance Carlos Cordeiro and win a four-year term that will last until the lead-in to the 2026 World Cup, which will be co-hosted by the United States, Canada and Mexico.

In 2020, Cone took over as president after Cordeiro resigned following unflattering remarks regarding women players, who were seeking equal pay as the men’s program. Cordeiro suggested, in part, that the speed and strength of male players afforded them better pay.

After Cone took over, the United States Women’s National Team was successful in an equal-pay lawsuit. She also helped negotiate a new media rights deal with Turner Sports that was announced this week.

“Now is the time for all of us to work together,” Cone said. “No more divisions. We don’t have time for all of that. Our moment is now, and I promise you that each and every one of you have a friend and a partner and as president of U.S. Soccer.”

Cordeiro elected to run for his old job behind support at the United States youth soccer level. Cone has vowed to mend a rift with the organizers at the entry levels of the game.

“Despite our diverse viewpoints, at the end of the day, we are all on the same team and are working to grow the game to make it better for everyone,” Cone said.

Cone, a former player on the women’s national team, is a member of the National Soccer Hall of Fame.