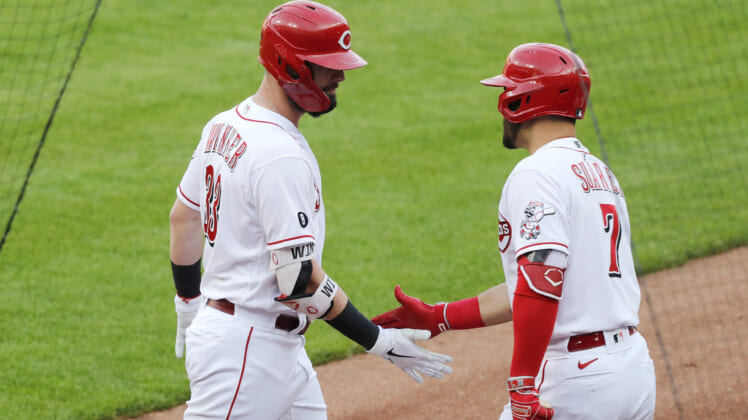 The Cincinnati Reds are launching a rebuild, trading All-Star outfielder Jesse Winker and slugger Eugenio Suarez to the Seattle Mariners.

Cincinnati’s deal comes just days after it traded starting pitcher Sonny Gray to the Minnesota Twins. At a time when MLB teams are beginning to spend more on player payroll, the Reds are seemingly prepared to retool their roster with a looming rebuild.

Jeff Passan of ESPN first reported that the Mariners acquiring Winker. According to The Athletic’s Ken Rosenthal, Seattle is also acquiring Suarez.

Suarez hit 31 home runs this past season, spending time at both shortstop and third base. While he provided power in the Reds’ lineup, the 30-year-old posted a .198/.286/.428 slash line. He’ll likely see time at third base and as the designated hitter for the Mariners in 2022.

Brandon Williamson is the biggest asset headed to Cincinnati. The starting pitcher ranked 83rd overall among Baseball America’s top 100 prospects for the 2022 season. Dunn, age 26, is a former top pitching prospect who flashes promising potential across his first 102.2 innings in Seattle (3.94 ERA). He’ll likely be a part of the Reds’ rotation on Opening Day.