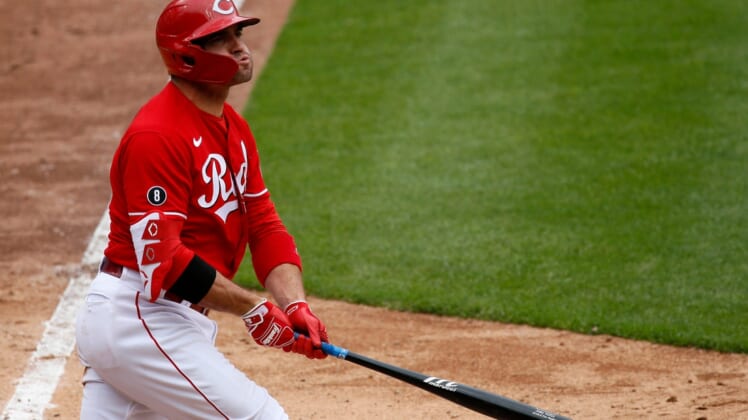 Cincinnati Reds first baseman Joey Votto left Wednesday’s home game against the Chicago White Sox with an apparent left thumb injury after being hit by a pitch by left-hander Dallas Keuchel in the bottom of the fourth inning.

The 37-year-old Votto, who went 0-for-1 at the plate, stayed in the game until he was replaced by Kyle Farmer at first base to begin the sixth inning. The 2010 NL MVP and six-time All-Star, playing in his 1,800th career game for the Reds, is hitting .226 with five home runs and 17 RBIs in 29 games this season.

Cincinnati also scratched outfielder Nick Castellanos from Wednesday’s lineup due to back tightness. The Reds have a scheduled off day Thursday that will allow both players to rest before Cincinnati visits Cleveland for a three-game series that starts on Friday.