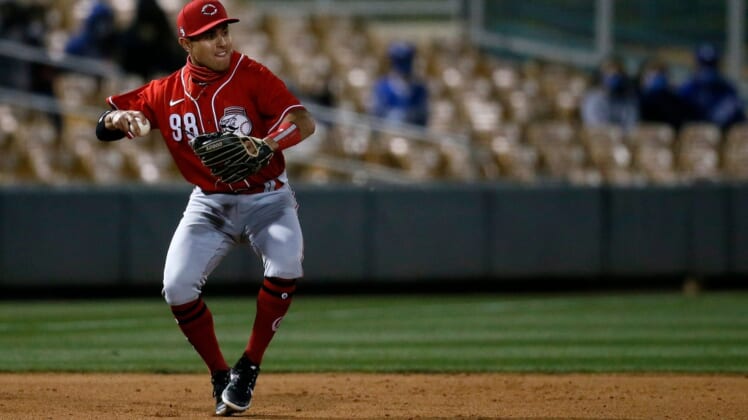 Lopez, 25, of Mexico, will be making his major league debut. He is batting .360 with 19 doubles, two homers and 27 RBIs in 49 games this season between Louisville and Double-A Chattanooga.

Lopez has walked 24 times and struck out just 18 times, compiling a .437 on-base percentage between those two levels. He has stolen six bases and scored 41 runs.

A second baseman and third baseman in the minors, Lopez was not listed in the starting lineup for Cincinnati’s game against the visiting Philadelphia Phillies on Monday night.