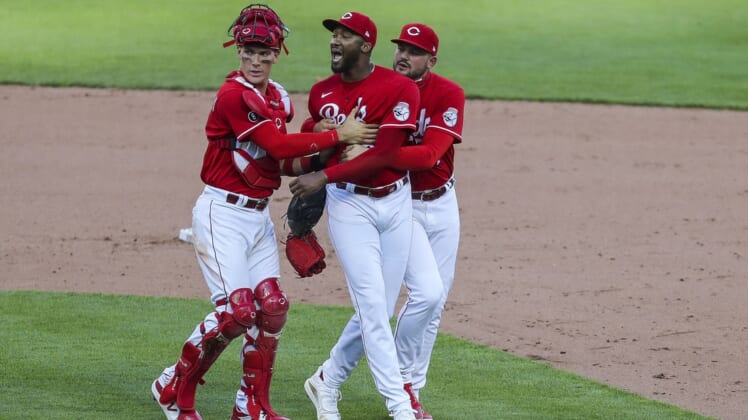 The punishment was levied by Michael Hill, MLB senior vice president for on-field operations. In a news release, MLB said the Reds reliever will appeal the decision, allowing him to continue playing for the time being instead of beginning his suspension with the Reds’ home game against the Chicago White Sox Tuesday night.

Tempers flared in the top of the eighth of the Reds’ 3-2 home loss to the Cubs Saturday when, after Anthony Rizzo struck out against Garrett, the pitcher pounded his chest. That drew an immediate reaction from the Cubs — notably shortstop Javier Baez from the dugout. Both benches cleared briefly, but no players were ejected nor were punches thrown.

Baez was the only other player mentioned in Tuesday’s release, with the Cubs infielder being fined an undisclosed amount.

This marks the second time in Garrett’s five-year career that he has been cited for inciting a bench-clearing situation. He also received an eight-game ban in August 2019 for sparking a melee by running to the area outside the Pittsburgh Pirates’ dugout and throwing a punch.