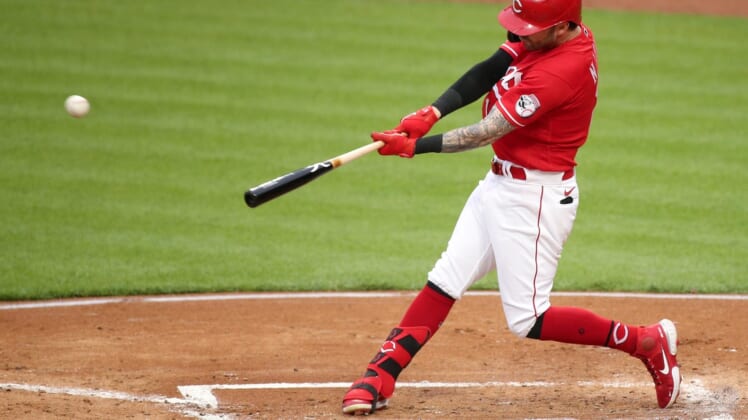 Naquin doubled in the first inning as the Reds opened up a 5-0 lead after two innings. But Shogo Akiyama hit for Naquin in the top of the third and replaced him in center field in the bottom half.

It is Naquin’s first year with the Reds after playing his first five seasons in Cleveland. Primarily a center fielder, he has also started multiple games in left and right field this season.