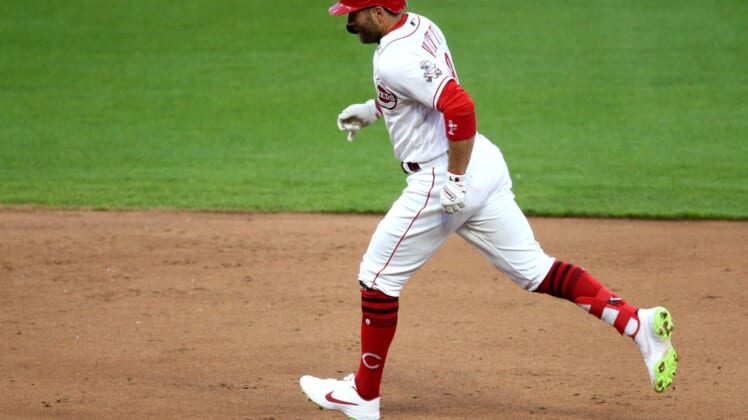 Cincinnati Reds first baseman Joey Votto (19) rounds the bases after hitting a two-run home run, the 300th of his major-league career, in the third inning of a baseball game against the Chicago Cubs, Friday, April 30, 2021, at Great American Ball Park in Cincinnati.Chicago Cubs At Cincinnati Reds April 30

The 2010 National League MVP and six-time All-Star was hit by a pitch in Wednesday’s game against the Chicago White Sox and his designation is retroactive to Thursday.

In a corresponding move, Cincinnati reinstated outfielder Shogo Akiyama from the 10-day injured list. He began the season on the IL with a left hamstring injury sustained during spring training.