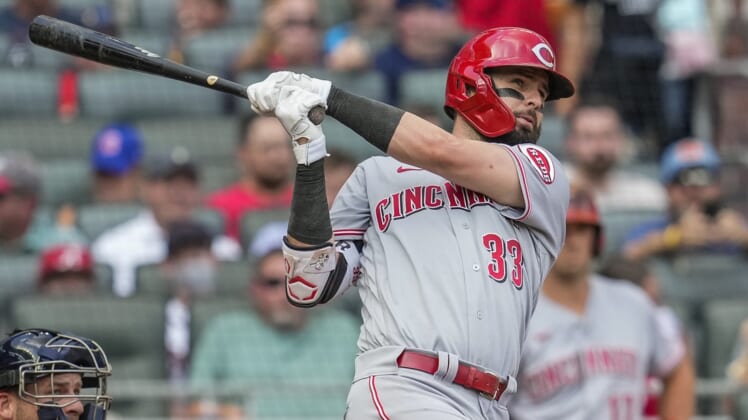 Cincinnati lost a pair of outfielders to the injured list Saturday as both Jesse Winker and Shogo Akiyama will miss time as the Reds look to make a late playoff push.

In corresponding moves, the Reds purchased the contract of outfielder TJ Friedl from Triple-A Louisville and activated right-hander Art Warren from the 60-day IL after he missed time with an oblique strain.

Winker, 28, had just returned from the IL on Friday because of an intercostal strain and will head back to the IL after aggravating the injury in Friday’s 3-1 victory over the Los Angeles Dodgers. He is batting .305 this season with 24 home runs and 71 RBIs in 110 games.

Akiyama, 33, is batting just .204 with eight extra-base hits in 162 at-bats this season. He has a right hamstring strain.

Friedl, 26, makes his first appearance on a major league roster in Saturday afternoon’s game against the Dodgers. The undrafted free agent, who signed with the Reds in 2016, was batting .264 at Louisville with 12 home runs and 36 RBIs in 113 games.