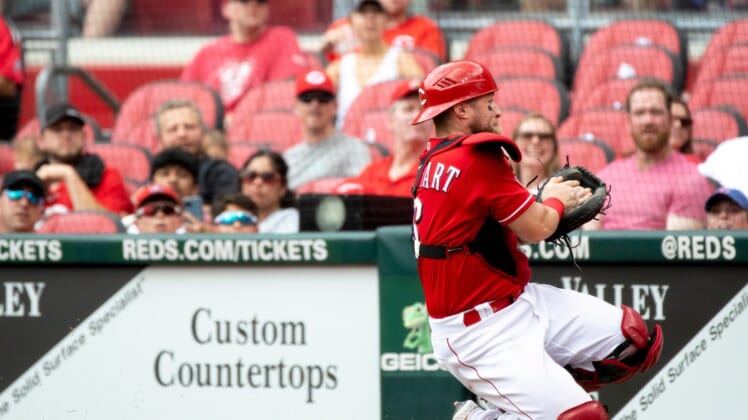 The win lifted the Reds over .500 at 32-31 for the first time since April 21 (9-8) and completed the first Cincinnati sweep of Colorado in nine years. It was the first sweep by the Reds of the Rockies in Cincinnati since 2006.

It was an impressive day for the much-maligned Reds bullpen, including a two-inning scoreless effort by Lucas Sims to close out Cincinnati’s 10th win in 13 games.

Antonio Senzatela (2-7) suffered the loss, yielding the Suarez homer in the second. He allowed run runs and eight hits over six innings.

The sweep extended Colorado’s historically inept road start to 5-27, the worst in baseball this season and franchise history.

For the first time in the series, the Rockies scored first when Charlie Blackmon lifted a sacrifice fly to left field, scoring Raimel Tapia and giving the Rockies a 1-0 lead in the first.

But Santillan was able to pitch out of trouble in the first inning and throughout his first big league start. Santillan received a no-decision, scattering five hits but allowing only one run, walking four, striking five and hitting two batters. 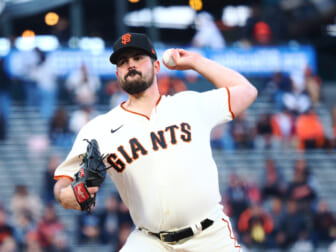 Santillan escaped more trouble in the second with runners on first and third, and worked out of a bases loaded jam in the third. He stranded another runner in the fourth before being pulled from another bases loaded jam in the fifth for reliever Ryan Hendrix, one out shy of qualifying for the win. Hendrix (3-1) earned the win by fanning Dom Nunez on a breaking ball with a full count to escape the inning.

The Reds jumped on top with a three-run second. Votto singled home Jonathan India before Suarez belted his 14th homer to left, only his second in June and first since June 5, putting Cincinnati ahead 3-1.

The Rockies had another runner on in the sixth when Brad Brach issued a two-out walk to Yonathan Daza. Amir Garrett entered to fan Blackmon on three pitches.

Ryan McMahon extended his Colorado lead in home runs with his 15th in the seventh off Heath Hembree to cut the Cincinnati lead to 3-2. Jesse Winker’s two-run double bumped the lead back to three and Tyler Naquin added a sacrifice fly that put the Reds up 6-2 after seven.