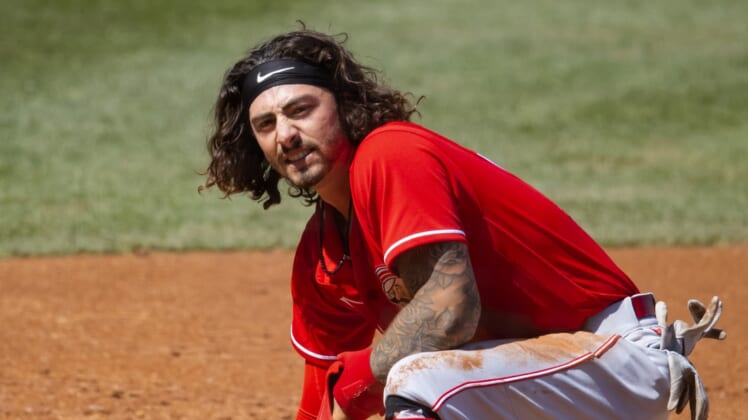 Jonathan India’s time has come with the Cincinnati Reds placing the top infield prospect on the Opening Day roster.

India, the No. 5 overall draft pick by the Reds in 2018, is expected to start out as the everyday second baseman. The Florida native, who does not have any major league experience, batted .313 with three home runs and seven RBIs in 22 games this spring.

“It’s a crazy feeling,” India said Wednesday. “It’s something I dreamed about since in was 4-years old. To be in this position right now, it still really hasn’t hit me.”

There were indications the move was coming after the Reds moved Eugenio Suarez from third base to shortstop this spring while revamping the infield. The Reds also released veteran infielder, and two-time All-Star, Dee Strange-Gordon on Friday.

The Reds also returned Rule 5 selection and shortstop Kyle Holder back to the New York Yankees.