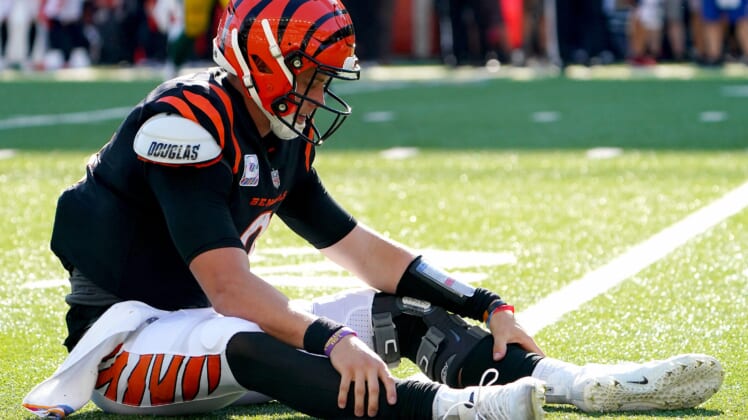 Cincinnati Bengals quarterback Joe Burrow exited Sunday’s game against the Green Bay Packers for a short time after being on the receiving end of a brutal hit.

Interestingly, the second-year signal caller didn’t miss a single play and almost led Cincinnati to a big win over Aaron Rodgers and Co.

It’s not yet known if Burrow suffered an injury on said play. However, he was immediately taken to the hospital after the game to be evaluated for a throat contusion. Burrow didn’t speak to the media after Cincinnati fell in overtime.

Joe Burrow ultimately finished the afternoon having completed 26-of-38 passes for 281 yards with two touchdowns and one interception. He continued to make sweet music with rookie wide receiver Ja’Marr Chase.

If Burrow can’t go next week against the Detroit Lions, Brandon Allen will get the start.

We’ll obviously have more updated as they become available.