Cincinnati Bengals Jessie Bates won’t be on Week 1 plays limit after holdout: ‘We expect him to be out there every down’

Cincinnati Bengals star safety Jessie Bates III is not expected to be on any plays limit during Week 1 of the NFL season, despite being away from the team for the majority of this summer’s training camp.

This summer has been as important and hyped a preseason in Bengals history. For the first time in a long time, they enter the season as a legitimate contender to make a second straight trip to the Super Bowl. Formulating a winning recipe to do something few teams are able to hasn’t come easily.

Franchise quarterback Joe Burrow missed the entire preseason after requiring surgery for a ruptured appendix. The offensive line has seen a major overhaul that will see four players starting that weren’t on the 2021 team. But also, a major player on the team’s defense has been away for the last few months.

Safety Jessie Bates held out of training camp as he looked for a long-term deal and didn’t want to play 2022 on the team’s franchise tag tender. However, after his representation and the team could not agree on a new contract, Bates III returned to the team a couple of weeks ago.

After jumping back into high-level professional football, and with only a couple of weeks of practice under his belt, it would be expected that the Bengals would take a cautious approach with the 25-year-old and set some Week 1 limitations on his playing time. Since so many players in league history have suffered serious injuries after trying to return quickly following a holdout. But it seems that the four-year veteran will be a full participant in the team’s matchup on Sunday versus the Pittsburgh Steelers.

On Tuesday, head coach Zac Taylor revealed that he expects his starting free safety to be out on the field against Mitchell Trubisky and the Steelers offense on every play.

It certainly seems like a risk by the Bengals since Bates III just returned to the team on Aug. 23. However, if the coach believes he is ready, it is hard to argue considering how NFL teams are always cautious with key players. 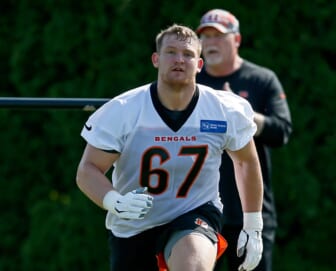 The Bengals face the Steelers at 1 PM ET on Sunday on CBS.