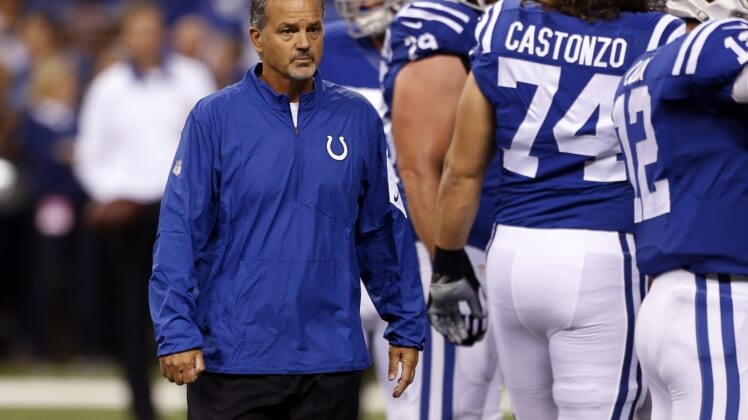 The Indianapolis Colts have no estimation for us about when quarterback Andrew Luck will return. But, it will definitely not happen in Week 2.

Head coach Chuck Pagano also has no idea who will start at quarterback this upcoming week.

“We have to do what’s best for this football team and (give the team the) best chance to move the ball and put points on the board,” Pagano said, per Mike Wells of ESPN.

It is grim situation. The Colts have to decide whether to roll with Scott Tolzien, who was benched in the fourth quarter, or take a gamble with Jacoby Brissett. Brissett completed 2-of-3 passes for 51 yards after being called into emergency duties against the Los Angeles Rams.

Tolzien was practically unbearable to watch while he completed just 50 percent of his passes, threw two interceptions, fumbled once and endured four sacks. It was not shocking the Colts lost 46-9 in this mess.

Pagano will soon make the decision as to who starts in Week 2 when the Colts host the Arizona Cardinals. The show must go on. But it won’t be pretty.