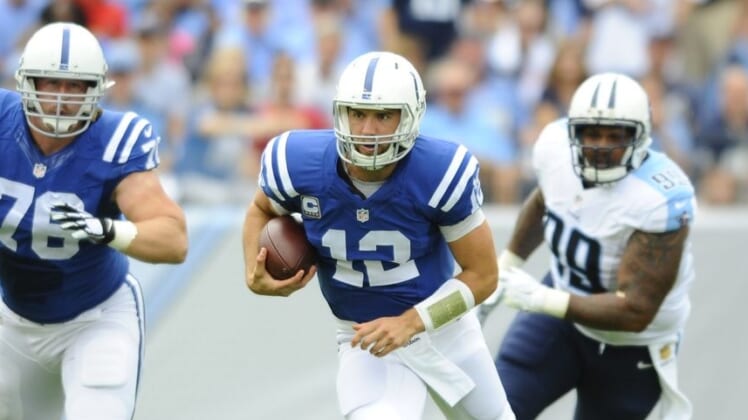 Things are trending up for the Indianapolis Colts, who will have a healthy Andrew Luck back in training camp this summer.

Even better, the 6-foot-3, 235 pound mobile quarterback has finally learned to slide properly.

Perhaps Luck mastering the art of the quarterback slide has prompted the Colts to work towards making their star quarterback the highest paid NFL player to date. News just broke that the Colts and Luck are closer to coming to terms on a deal that could pay him a hefty average of $25 million per year.

Luck is entering 2016 playing under his fifth-year option, barring a new deal. Besides his injury-riddled 2015 campaign, the Colts have seen the postseason every year since drafting him No. 1 overall in 2012.

Luck’s long-awaited ability to slide should limit his injury risk when he takes off to escape pressure.