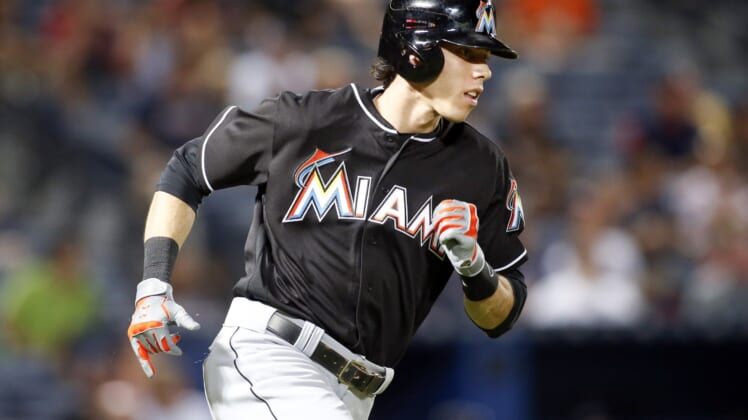 The 2018 Miami Marlins will have a much different look than the 2017 version of the team. With little more than a month to go before the season begins, Christian Yelich remains with Miami. That does not sit well with Yelich’s agent, Joe Longo.

“They have a plan,” Longo said, per Jerry Crasnick of ESPN. “I respect that plan, but that plan shouldn’t include Christian at this point in his career. He’s in the middle of the best years of his career, and having him be part of a 100-loss season is not really where [we] want to see him going.”

Longo also called Yelich’s relationship with the Marlins “irretrievably broken” and noted that his client’s “big issue is him winning and winning now.”

The new ownership group has unloaded top talent, sending Giancarlo Stanton to the New York Yankees, Marcell Ozuna to the St. Louis Cardinals, and Dee Gordon to the Seattle Mariners.

The fire sale  — which was always an acknowledged likelihood — had drawn the ire of fans and Longo’s fellow agents, alike.

Yelich is owed $43.25 million over the next four years (with a $15 million club option in 2022), which makes it understandable as to why Miami is hesitant to trade him. That’s a reasonable contract for a 26-year-old with his talent. With that said, Yelich’s salary, age, and talent would also work to get a hefty return for him in a potential trade.

We understand why Longo and Yelich would have this attitude. Even with the now departed stars as teammates, Yelich has never played on a winning team in his MLB career. It’s understandable that he’d want to at least have a chance at making the playoffs during his prime years.

We just wouldn’t recommend that Yelich hold his breath on this one. Miami may eventually decide to make a move but given that 2018 is clearly a rebuilding season already, there’s absolutely no rush.

If anything, an in season trade would seem more likely. At that point, teams are no longer speculating on their strengths and weaknesses, they know them. That, along with being in the middle of a playoff race, creates more urgency to upgrade the roster, which generally translates into a good return for the sellers.