Christian Yelich reinstated from IL, back with Milwaukee Brewers 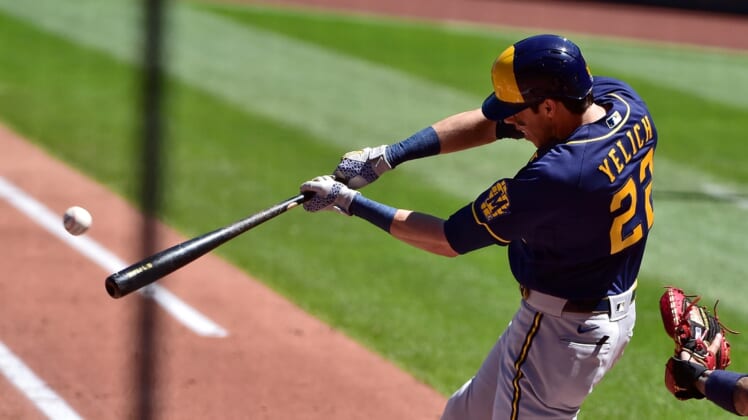 Outfielder Christian Yelich was activated from the injured list and inserted into the starting lineup for the Milwaukee Brewers on Tuesday night at Kansas City.

Yelich returned from a rehab assignment in Triple-A Nashville that began March 13. He was batting .353 with a .463 on-base percentage in his first 10 games before departing the team’s April 11 game in St. Louis with lower back stiffness. Yelich landed on the injured list.

He was activated May 3 but told the team his back continued to be an issue, and returned to the 10-day injured list.

“He’s going good,” Brewers manager Craig Counsell told 620 WTMJ on Tuesday. “He is in Kansas City with us right now, and we’ll evaluate him … and figure out what the next step is.”

Yelich, 29, said prior to the start of the two-game series on Tuesday that he “feels good about” the strength of his back after the rehab stint at Triple-A.

“More proving to the team that I could play back-to-back-to-back days,” said Yelich, a two-time All-Star and the 2018 National League MVP. “Feel confident about it now and look forward to being back.”

Left-hander Hoby Milner was optioned to Nashville to make room for Yelich.