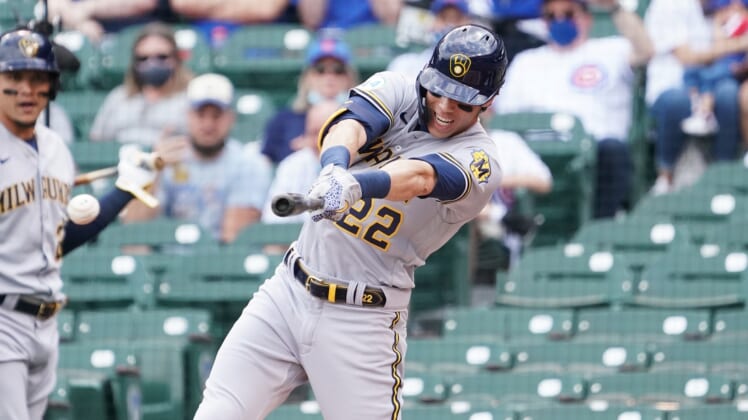 Christian Yelich and Lorenzo Cain rejoined the Milwaukee Brewers’ lineup Monday for the start of a four-game visit to the Philadelphia Phillies.

Yelich had not played since April 11 while dealing with a back injury, and Cain had sat since April 13 due to a quad injury.

Brewers manager Craig Counsell said over the weekend the duo would return sometime during the series with the Phillies. When the team announced its lineup for Monday’s series opener, Cain was second in the batting order and playing center field, and Yelich was batting third and playing left.

Yelich, the 2018 National League MVP, only played nine games before suffering his injury. He is 10-for-30 with one double, one RBI and two stolen bases in those games.

Cain has only played seven games so far this season, one year after opting out of the 2020 season five games in due to COVID-19 concerns. Cain started the year 4-for-26 with a pair of home runs and four RBIs.

The Brewers are 17-11 to start the season despite having 17 players on the injured list as of Sunday morning and missing Yelich and Cain for most of April.