Christian Wilkins decides to remain at Clemson for 2018 season 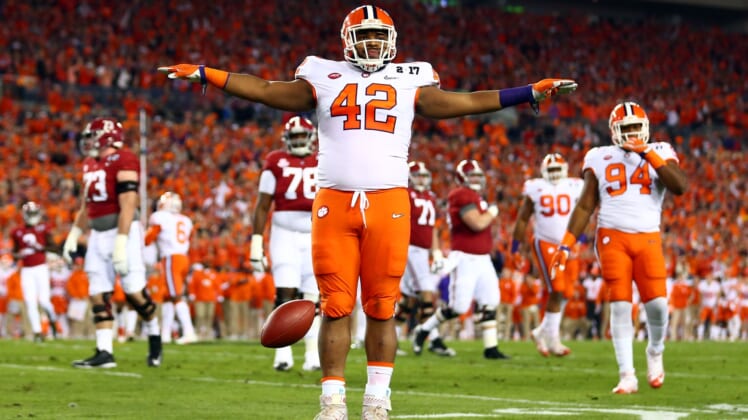 In a somewhat surprising move, Clemson defensive tackle Christian Wilkins has decided to remain in school and play one more season for the Tigers.

Wilkins announced his decision Monday. As mentioned by Clemson’s Football SID Tim Bourret, this means the Tigers now have three returning first team All Americans and four All-ACC players returning for the 2018 season.

He’s following the lead of Austin Bryant, Clelin Ferrell, Kendall Joseph, and Mark Fields, who all announced that they would return to school this past weekend at the Clemson football banquet.

Wilkins would likely have been a lock as a first-rounder if he had opted to declare for the 2018 NFL Draft. He is an elite defensive tackle who racked up 60 tackles, nine tackles for loss and five sacks this past season.