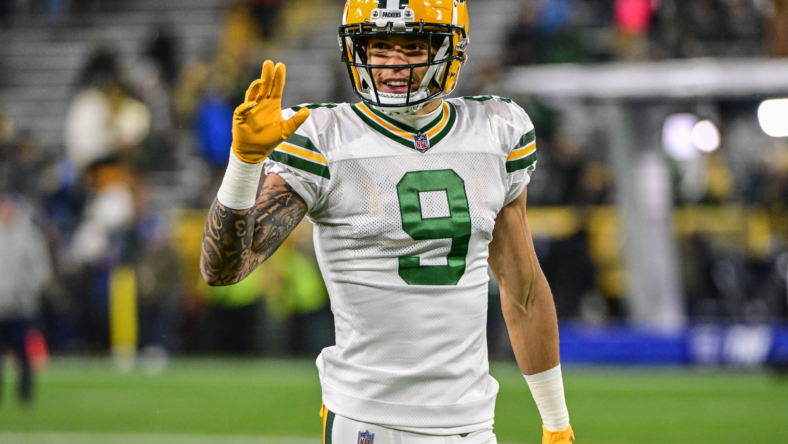 Former North Dakota State star Christian Watson was not well known when the Green Bay Packers made him a second-round pick in the 2022 NFL Draft.

Outside of being on the receiving ends of some bombs from Trey Lance in college, there was not a lot made about him when Green Bay selected the wide receiver to help out two-time reigning NFL MVP Aaron Rodgers.

Through the first nine weeks of the season, there wasn’t much pointing to Watson making much of an impact as a rookie.

That changed big time in Green Bay’s season-saving win over the Dallas Cowboys. The young receiver hauled in three touchdown catches from Rodgers en route to helping the Packers end a five-game skid.

Watson was back up to his “old” tricks early in Green Bay’s game against the Tennessee Titans on Thursday night. That included the youngster hauling in a 14-yard touchdown from Rodgers to tie the game at seven.

As you can see, Rodgers caught the Titans with 12 men on the field. It enabled him to snap the ball for what was a free play. In the end, Watson came away with an absolutely amazing catch over young Titans cornerback Kristian Fulton.

Christian Watson and other Packers receivers were on wrong end of criticism from Rodgers during the preseason. He didn’t seem to have much going for him with just 10 catches for 88 yards in the small-school product’s first six games.

After recording four catches for 107 yards and three touchdowns last week, it seems that Watson is now ready to break out big time. That’s no small thing for the Packers’ offense.