Christian Vazquez carries bat to first, then does bat flip after hitting over Green Monster 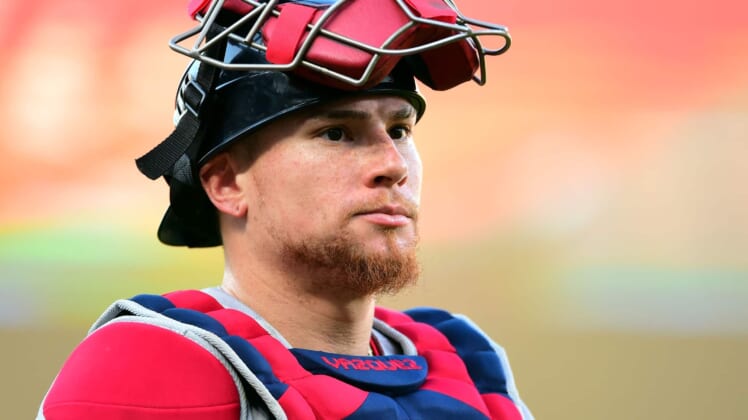 There are bat flips, and then there’s what Christian Vazquez did Sunday as the Boston Red Sox took on the Los Angeles Angels.

In the bottom of the fourth inning, Vazquez launched a mammoth home run over the Green Monster.

Then, he carried his bat with him nearly all the way to first base before finally flipping his bat following an overly extended show of admiration for his own handiwork.

To be fair, Vazquez has reason to feel good about that hit. On the other hand, pitchers hate being shown up like that.

Don’t be surprised if the Angels take exception to this at some point going forward, whether they suffer repercussions from MLB or not.