U.S. Soccer released the roster Thursday, which also includes Ricardo Pepi, who chose to play for the United States instead of Mexico.

A forward, Pulisic tested positive for COVID-19 nearly two weeks ago while with Chelsea of the Premier League and quarantined, despite being fully vaccinated. He will be eligible to join his American teammates when camp opens.

The United States will have little time to prepare before qualifying matches begin. The USMNT will open World Cup qualifying with three matches next month: Sept. 2 at El Salvador, Sept. 5 vs. Canada in Nashville, and Sept. 8 at Honduras.

Pepi, 18, is a rising star. The FC Dallas forward will be making his debut with U.S. senior national team. As a dual national, he could have played for Mexico.

“This country has given my family so many opportunities and it really has helped me achieve my goals,” he told the FC Dallas website. “What better way to help them by hopefully one day lifting up a World Cup? I feel warmly welcomed and I can’t wait to show that I deserve to be here.”

And coach Gregg Berhalter, who shared his vision for the team with Pepi, undoubtedly is happy to have him as part of the team he is trying to build. 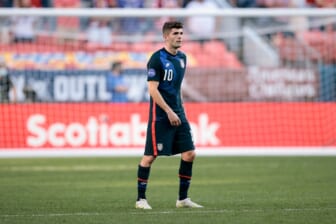 “We have spent the last two years building the foundation and culture of the team for this moment,” Berhalter said. “World Cup qualifying is a grueling challenge that demands a complete group effort in order to be successful. We are confident in our ability to respond to the challenges that are presented along the way.”

Other notables on the roster include attacker Gio Reyna and midfielders Weston McKennie and Tyler Adams.

The full roster, with their current club and country, plus caps and goals: 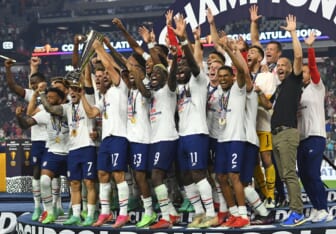