Christian McCaffrey ruled out for Week 4 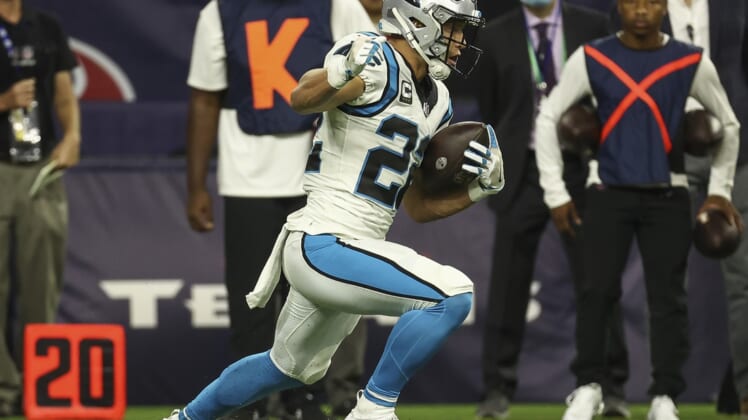 Star running back Christian McCaffrey will miss the Carolina Panthers’ game Sunday at the Dallas Cowboys with a hamstring strain from last week.

Though he was ruled out on Friday’s injury report, McCaffrey has avoided injured reserve, and head coach Matt Rhule said earlier in the week that McCaffrey could return in less than three weeks.

The 25-year-old back, who was named an All-Pro in 2019, exited early from the Panthers’ Week 3 win over the Houston Texans on Sept. 23 with the injury. He played only three games in 2020 due to a high ankle sprain and a shoulder injury.

McCaffrey, 25, has 52 carries for 201 yards and a touchdown to go along with 16 receptions for 163 yards in three games this season.

Rookie running back Chuba Hubbard is expected to start in McCaffrey’s absence. He gained 52 rushing yards on 11 carries and caught three passes for 27 yards in place of McCaffrey against the Texans.