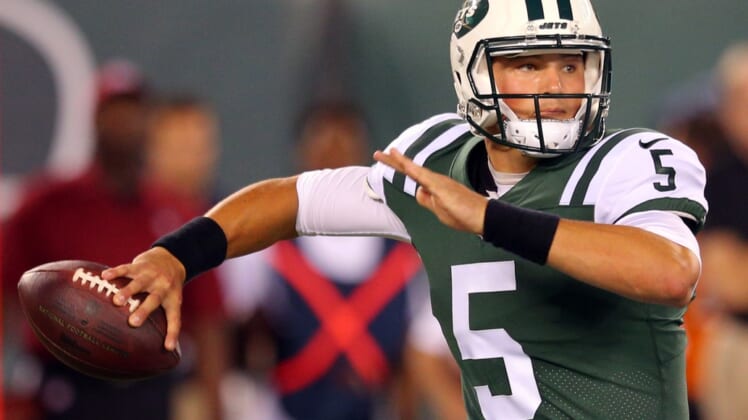 Bowles: QB Christian Hackenberg has been traded to Oakland for a 2019 conditional 7th-round pick.

This makes a ton of sense for the Jets, especially in light of news that broke on Tuesday morning that Hackenberg wasn’t even allowed to throw a single pass during the team’s first OTA.

In two seasons with New York, Hackenberg didn’t attempt a single pass or even appear in a single game for the Jets. He was reportedly awful in practice, and it was known he likely wouldn’t last until final cuts with the Jets this year, given the other quarterbacks on the roster.

Now in Oakland, he’ll have zero pressure on his shoulders, as Derek Carr is the undisputed starter. He’ll also have the opportunity to learn from Jon Gruden, who has a way of getting the most out of quarterbacks.