Chris Paul will not help facilitate trade with opt out 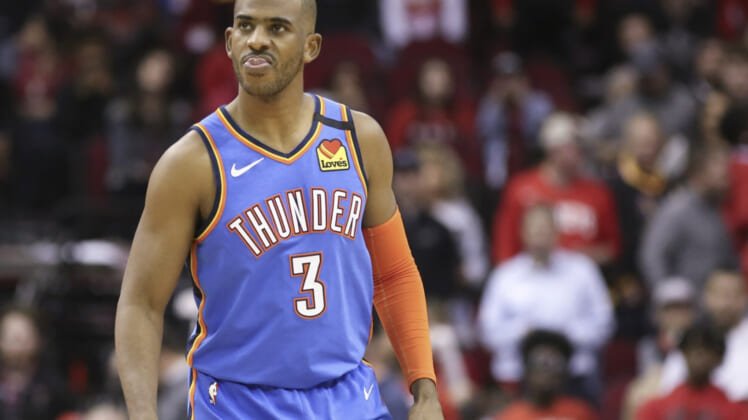 Chris Paul’s Oklahoma City Thunder are coming off a win over his former Houston Rockets squad Monday night. He’s helped the team to a surprising 25-19 record and the No. 7 seed in the Western Conference thus far on the season.

Even then, there’s still rumors about Paul potentially being moved ahead of February’s trade deadline. OKC added him in the Russell Westbrook blockbuster this past summer with the sole intention of trading the future Hall of Famer.

When asked if he was interested in exercising his opt out of the $44.2 million owed on his deal in 2021-22 to help facilitate a trade, Paul had a rather obvious reaction.

Sure Paul would like to finish his career on a top-end contender. But giving up north of $44 million to help that happen makes no sense. No sane person would do that.

Paul is averaging 17.0 points, 5.0 rebounds and 6.4 assists on 48% shooting from the field. Despite his huge salary for the next two seasons, there should be some interest in the nine-time All-Star ahead of next month’s NBA trade deadline.