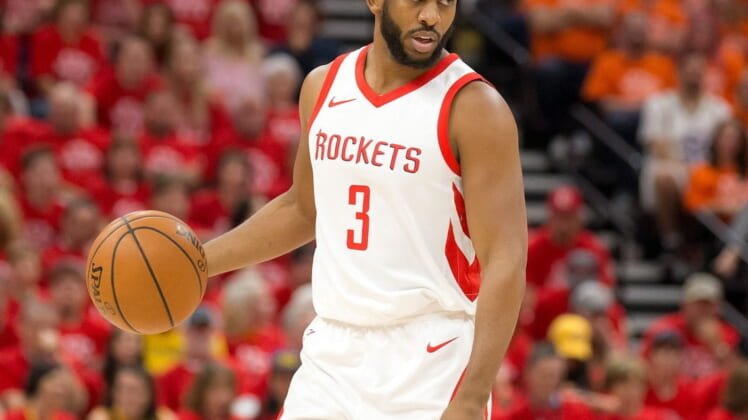 The Houston Rockets will now find themselves in an all too familiar position once again. On Friday, general manager announced Chris Paul will be sidelined with a Grade-2 strain of his left hamstring.

Paul suffered the hamstring strain during Thursday’s game against the Miami Heat. The team plans to re-evaluate the hamstring in two weeks to then determine how much closer he is to returning to the court.

The 33-year-old point guard has dealt with lingering issues with his left hamstring for much of the season, while a right hamstring strain caused him to missed the end of the playoffs last season.

Paul had played in 26 of Houston’s 31 games this season and averaged 15.6 points, eight assists and 2.1 steals per game. In his extended absence, James Harden will likely take on an even larger role for a team that has been a massive disappointment for much of this season.