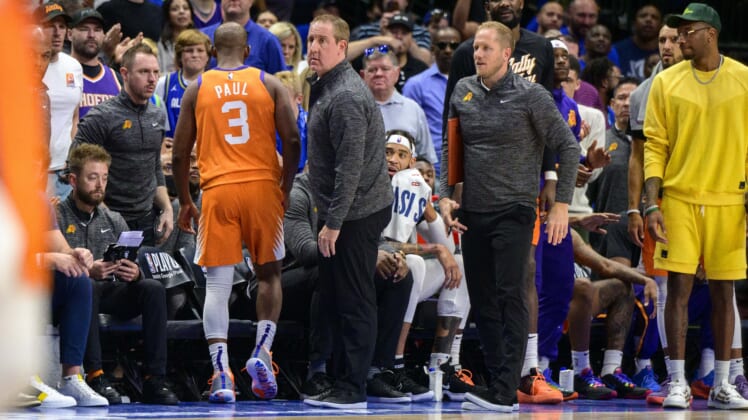 Phoenix Suns star guard Chris Paul put up one of his worst playoff performances of all-time in Game 4 of his team’s Western Conference Semifinals series against the Mavericks in Dallas on Sunday.

However, that might not be the entire story here. Immediately after Pheonix fell to Dallas in Game 4, Paul took to social media to claim that his family was the victim of violence during the game. Beware, there’s some strong language here.

After Paul fouled out of the game early in the fourth quarter, he was seen talking to security inside American Airlines Center in Dallas. Apparently, he was upset about something that happened in the stands.

It’s hard to see what Chris Paul had to say outside of something about someone putting his/her hands on the star guard’s mom, Robin Paul.

We’re sure to hear more about this situation moving forward. For now, it’s not a great look for the Mavericks’ fan base.

As for Chris Paul and his Game 4 performance, the guard scored a mere five points before fouling out early in the fourth quarter.

The series heads back to Phoenix for Game 5 on Tuesday with things tied at two.