Chris Long: I won’t be back with Eagles ‘unless a real need arises’ 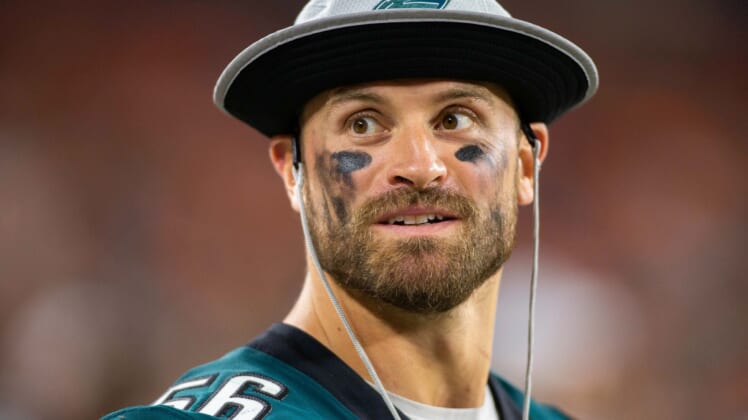 The Philadelphia Eagles and defensive end Chris Long agreed to push his $1 million roster bonus back until training camp, but he might not be back at all.

Field Yates of ESPN shared the news of the roster bonus on Wednesday, stressing that Long is still contemplating his football future.

A bit later in the day, responding to a disrespectful message from a fan saying Long is “craving attention,” the veteran defensive end clarified where he’s at personally on the issue.

Long once again stressed that he’s told the Eagles to plan as if he would not be a part of the organization in 2019. He said the reason is that he was told his 2018 role “was gone” and wrote, “I won’t be back unless a real need arises.”

So, it sure seems like Philly is moving on without Long.

Yet at the same time, the 34-year-old is keeping his options open. Injuries could potentially open up a door for him to come back to the Eagles, who appear open to him returning if the need did arise.

It’s worth pointing out that Long appears to have plenty left in the tank. He tallied 6.5 sacks last year, making it to 70 total over the course of his career.