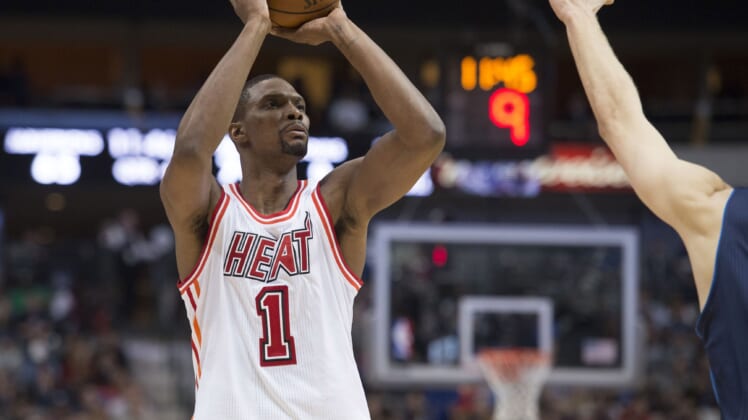 As the Miami Heat prepare for the first of six remaining games in the 2015-16 regular season, Chris Bosh’s status remains the same.

The All-Star center is still out indefinitely, just has he has been since being removed from the lineup with blood clots before the All-Star break, per head coach Eric Spoelstra.

Asked if Chris Bosh could return before the end of the season, Spoelstra said, "We have no new updates on C.B."

This likely means the Heat are preparing for the playoffs with the expectation that Bosh isn’t coming back for those game.

Heat president Pat Riley said he was “open minded” about Bosh returning a couple of weeks ago. Yet you’d think that if he were going to be able to play, the team would be able to indicate something new by now.

Bosh remains active and connected with his teammates when they are in Miami, but he’s still nowhere close to being ready to play.

His long-term health is the only real factor being considered right now. Nothing else comes close to mattering when it comes to the decision to keep him off the court.

Bosh nearly lost his life with blood clots in his leg last year and, by all accounts, is still taking the blood clot medication since his latest scare in February.