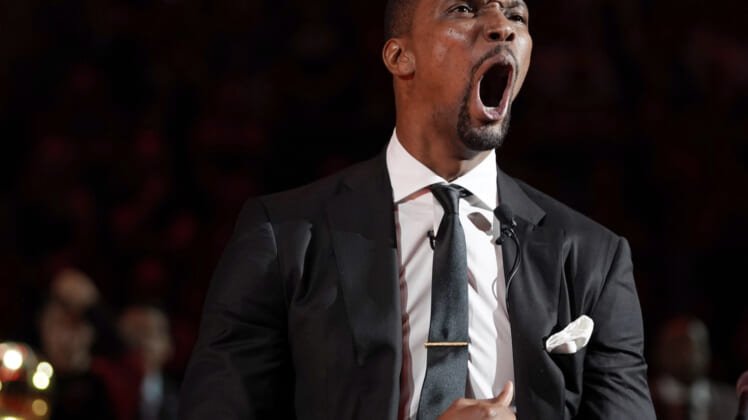 Despite this, Bosh was not among the finalists named for the 2020 Naismith Memorial Hall of Fame on Friday.

While the former Toronto Raptors and Miami Heat star did not speak out about his snub over the past few days, he did open up on Instagram Tuesday.

He’s disappointed about not being a first-time finalist and would have loved to join an impressive group that will ultimately include the late-great Kobe Bryant, Tim Duncan and Kevin Garnett.

“I’m not gonna lie and I’ll get right to it, I’m disappointed I won’t be in the HOF this year, especially with this amazing class of players I have looked up to throughout my career,” Bosh said. “BUT sometimes things don’t work out the way you want, and you HAVE to move on. You can’t sit around feeling sorry for yourself or blaming other people. You have to put in the work and get moving.”

Even with the medical issues he dealt with throughout the latter part of his career, Bosh has always had an upbeat attitude. That has not changed here.

Sure he would have liked to join those three greats in the Class of 2020, but Bosh understands there’s more important things in life.

Snubs of this ilk have taken on less meaning since the tragic passing of Kobe Bryant at the age of 41 late last month. It seems that Bosh is putting it all in perspective.

Bosh, 35, saw his NBA career come premature end back in 2015-16 after averaging north of 19 points and 8.5 rebounds. He’ll be inducted into the Hall soon enough.