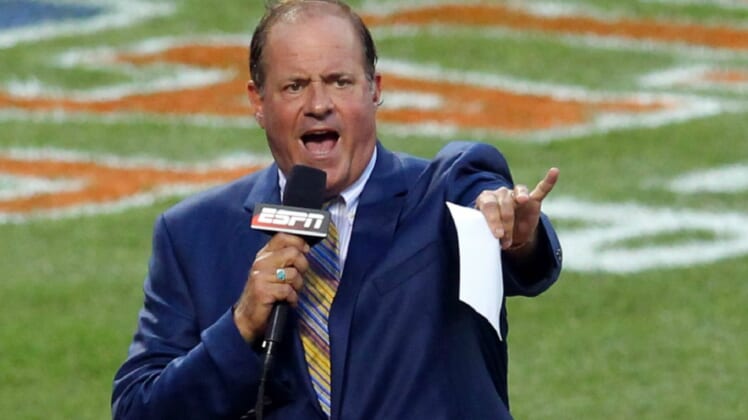 Chris Berman stepped down from his role as ESPN’s top dog as the lead anchor for NFL-related content at the start of the 2017 calendar year. He’s remained on at ESPN but has been a limited participant, which has been a huge adjustment for Berman.

Back in September, he was invited to go golfing on Sunday, which was a huge shock.

“They said, ‘Are you interested?'” Berman said, per NFL.com. “I said, ‘I can’t even compute the question. I worked 40 Septembers in a row. I don’t even know what you’re asking.’ It’s really not about me dealing with withdrawal. It’s just a coincidence that it was the first Sunday of the season.”

It hasn’t been the same for football fans, either, without Berman on our screens. But he’ll be back, front and center, co-hosting ESPN’s “NFL PrimeTime” with Tom Jackson next Sunday after the Conference Championship Games.

As mentioned by Bill Hofheimer of ESPN, Keyshawn Johnson will also reunite with his old teammates on the set for this special edition of “NFL PrimeTime.”