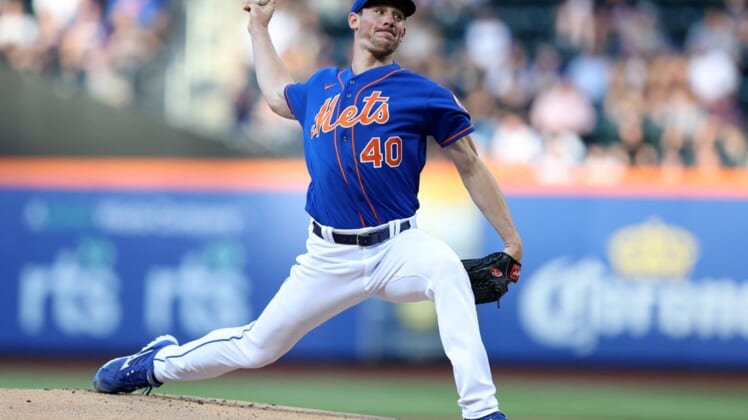 Chris Bassitt allowed three singles in eight stellar innings for his first win in over a month, Pete Alonso drove in two runs and the New York Mets extended their home winning streak to nine games with a 4-0 victory over the slumping Milwaukee Brewers on Tuesday night.

Bassitt (5-4) struck out seven, walked one and threw first-pitch strikes to 17 of 26 hitters. He won for the first time since pitching 5 2/3 innings of one-run ball at Philadelphia on May 8.

It was the third time the right-hander pitched at least eight scoreless innings and first instance since May 27, 2021, when he pitched a complete-game shutout for the Oakland Athletics.

Jeff McNeil added an RBI double in the first and Alonso scored on a sacrifice fly by Eduardo Escobar.

Houser was tagged for four runs and eight hits in 4 2/3 innings and dropped to 0-5 in his past seven starts since May 5.

The Brewers were blanked for the eighth time this year and lost for the ninth time in 10 games.

New York took a 1-0 lead when Alonso ripped a single to left field to score Brandon Nimmo, who opened the game with a double. Following a wild pitch that moved Alonso to second, Starling Marte scored when McNeil hit a double that deflected off Houser’s glove into right field for a 2-0 lead. Escobar followed with his sacrifice fly to left.