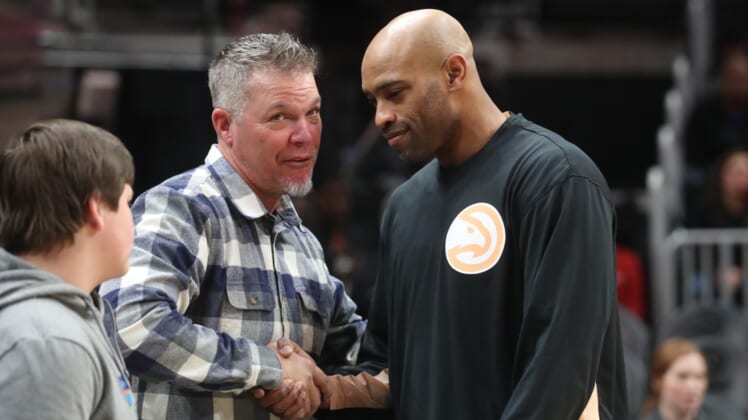 Since retiring from the Atlanta Braves in 2012, Chipper Jones has worked as an ESPN broadcaster, and as a special assistant to baseball operations for the team, with a new title on the way.

The Braves are making the first-ballot Hall of Famer a part-time behind-the-scenes contributor as a “major league hitting consultant.”

Since the Braves already have a hitting coach in Kevin Seitzer, and two assistant hitting coaches, Jones’ role is tightly defined. He will work with hitters before home games in the video room, indoor cages, and during batting practice.

Monday afternoon on Twitter, Jones said, “I haven’t looked forward to spring training this much in 9 yrs. Working with our guys is an honor and I will do my best not to screw them up!”

“Seits and I have a great relationship,” Jones said, according to the Atlanta Journal Constitution. “We speak the same terminology. We see eye to eye on things. (Castro) and Magallanes are both bilingual; they’re both really good communicators obviously, especially with the Latin players. I think it’s a great dynamic.”

Jones, 48, spent his entire 19-year career with the Braves and was elected to the Hall of Fame in 2018. An eight-time All-Star, and the 1999 National League MVP, Jones still holds many Atlanta franchise hitting records. He hit 468 home runs and drove in 1,623 runs with a .303 career batting average.

He is the only switch-hitter to hit at least .300 for his career with 400 or more homers.

Pitchers and catchers are scheduled to report to Braves spring training on Feb. 17, followed by position players on Feb. 22. Jones will be with the team for at least some portion of spring training, but he will not travel with the team during the season or be in the dugout during games.