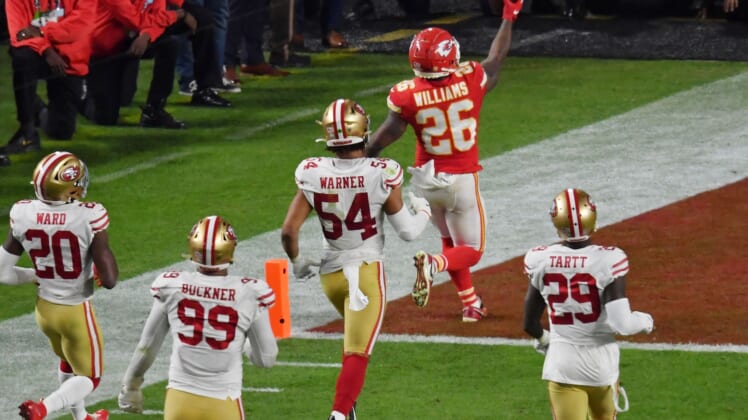 This is now becoming increasingly alarming for the NFL and its teams. We’ve seen more than two-dozen players opt out of the 2020 season due to concerns over the ongoing COVID-19 pandemic plaguing the United States states.

We can now add a top-end player for a title contender to the mix.

Chiefs running back Damien Williams opts out of 2020 NFL season

Williams starred for the Chiefs during their comeback win over the San Francisco 49ers in February’s Super Bowl, going for 133 total yards and two touchdowns. The Oklahoma product put up north of 700 total yards and seven touchdowns at a clip of 5.0 yards per touch during the regular season.

With Williams out of the mix, Kansas City will more than likely be relying on rookie first-round pick Clyde Edwards-Helaire to handle the primary ball-carrier duties as the team looks to repeat as champs.

What NFL players are opting out?

In addition to Williams, the list continues to grow.

That’s a whole lot of names right there.