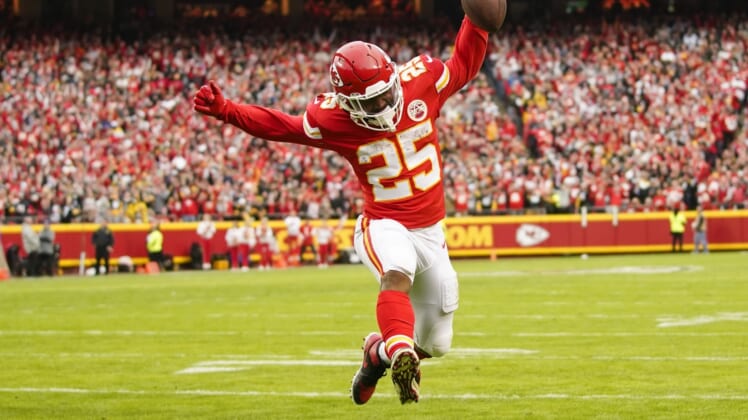 Kansas City running back Clyde Edwards-Helaire departed Sunday’s home game against the Pittsburgh Steelers in the third quarter with a collarbone injury.

Edwards-Helaire, who scored a 1-yard touchdown in the first quarter, was designated as out for the remainder of the game. He departed shortly before the Chiefs took a 30-0 lead on a touchdown drive that came when the Edwards-Helaire’s injury occurred.

Edwards-Helaire came in as the Chiefs’ leading rusher as part of their balanced ground attack. He gained 27 yards on nine carries before leaving Sunday to give him 517 rushing yards on the season with four TDs.

In two seasons with the Chiefs, the 32nd overall selection in the 2020 draft, has rushed for 1,320 yards and eight TDs, with 55 career receptions for 426 yards and three more TDs.