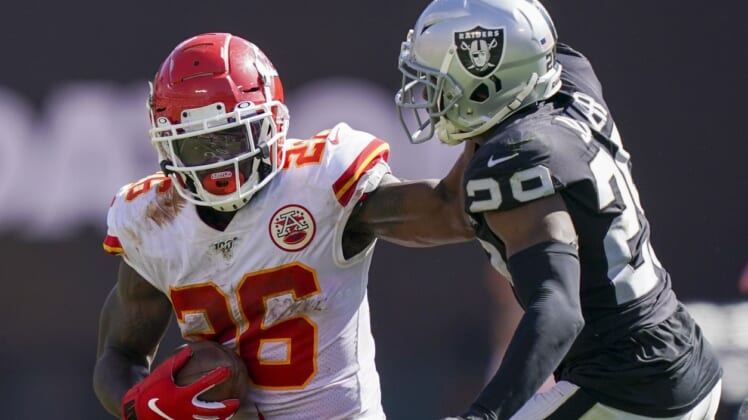 Kansas City Chiefs running back Damien Williams had just checked into a fancy Los Angeles-area rental home. Then, he and other guests were robbed.

TMZ Sports reported that police are now “on the hunt” after Williams and the others in his party were robbed at the home.

Damien Williams’ robbers took off with roughly $1,000 in cash

According to TMZ Sports, three people broke into the rental through the back door. Then, they surrounded Williams and the others in his party, demanding money. No weapons were brandished during the robbery, per the report. However, the robbers took roughly $1,000 in cash during the intrusion.

Thankfully, Williams is fine, along with everyone else in the group. Police investigating the robbery are reportedly looking to see if there is any surveillance video to identify the three men who pulled off the heist.

Williams was a key player for the Chiefs during their Super Bowl run last season. During the regular season, he tallied 711 yards and seven touchdowns from scrimmage. He had a monster game against the San Francisco 49ers in the Super Bowl. He ran for 104 yards and a touchdown, adding another score through the air to seal the victory.