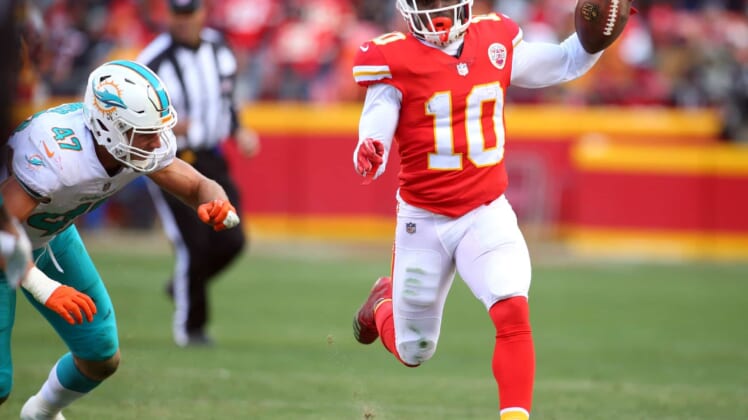 Mere days after Chiefs head coach Andy Reid noted that he expects Hill to be a member of the team next season, comes this explosive report from Fox 4 in Kansas City.

According to the report, Hill appeared in family court in Kansas on Wednesday under the umbrella of “child in need of care.” It’s reportedly one of several court appearances Hill has made since allegations broke of multiple child abuse incidents at the star receiver’s home.

Hill, 25, is currently under investigation for child abuse by authorities in Overland Park. Despite this, he reported to the Chiefs’ voluntary program earlier in the week.

It remains to be seen what might come out of this new information. But it’s clear things are not going to end on the legal front any time soon.