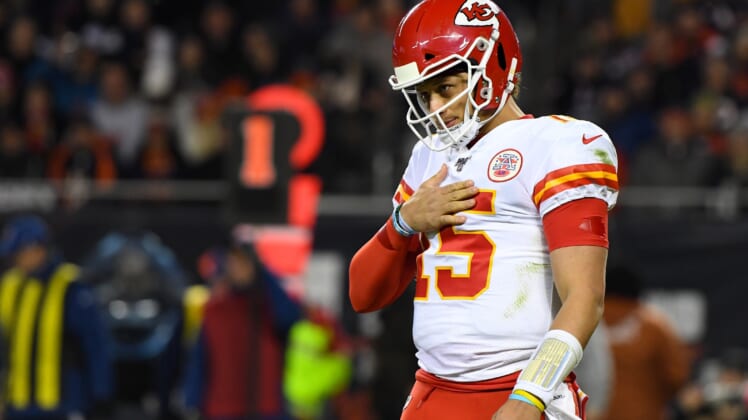 The Kansas City Chiefs struck gold in the 2017 NFL Draft when they drafted Patrick Mahomes with the No. 10 overall pick. Now with their franchise forever changed, the Chiefs are making sure he stays in Kansas City for years to come.

The reigning Super Bowl MVP will be staying with the Chiefs a little longer after the move on Thursday.

The Chiefs wasted little time turning in their card to draft Mahomes in 2017. Just a few years later, they took even less time to pick up the fifth-year option on their star quarterback.

Now with Mahomes under contract for the next two seasons, the Chiefs can turn their attention to their next priority. Keeping the NFL’s best quarterback in town for on a record-breaking deal.

The richest man in football?

The Chiefs always wanted to push discussions on a contract extension until after the 2020 NFL Draft. Now that the draft is over, general manager Brett Veach is ready to make his quarterback the NFL’s highest-paid player.

Mahomes is expected to land an extension that will shatter the market for quarterbacks. Seattle Seahawks quarterback Russell Wilson leads the NFL in average annual salary ($35 million), but Mahomes is widely expected to blow past that mark.

In fact, he could become the first player in NFL history to make $40 million per season. Given the NFL’s salary cap continues to skyrocket each year, that salary could look like a bargain for the Chiefs a few years from now.