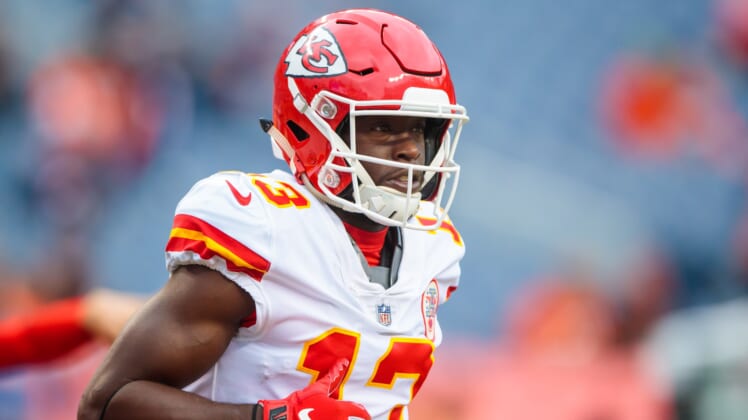 Kansas City Chiefs wide receiver De’Anthony Thomas was arrested Saturday on suspicion of marijuana possession and possession of drug paraphernalia, according to Brooke Pryor of the Kansas City Star.

The Allen County Sheriff’s Office Facebook page posted a picture of Thomas’ mugshot on Saturday, and he has since been released on bond. According to the report, the Chiefs said they are aware of the arrest but have no further comment.

Thomas was placed in IR in October after breaking his leg. He is set to be a free agent, so the timing of this arrest is problematic, to say the least.

In his career, Thomas has caught 64 passes for 503 yards and four touchdowns. Before being injured this past season, he had tallied just 29 yards on three receptions, one of which went for a score.