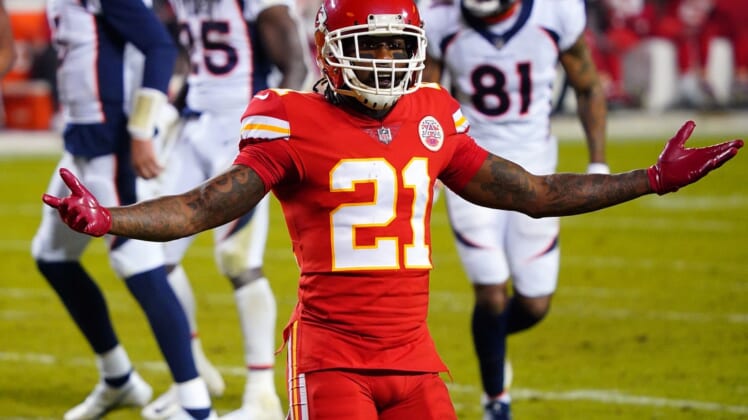 Kansas City Chiefs cornerback Bashaud Breeland is out of the concussion protocol and cleared to play Sunday in the AFC Championship Game against the visiting Buffalo Bills.

The team made the announcement Saturday.

Breeland, who was originally listed as questionable, was a limited participant in all three practices this week for the defending Super Bowl champions.

His presence is welcome news for a Kansas City secondary preparing for Buffalo quarterback Josh Allen and wide receiver Stefon Diggs. Diggs led the NFL in receptions (127) and receiving yards (1,535) this season.

Breeland, who turns 29 next week, had 38 tackles, nine passes defended and two interceptions in 11 starts for the Chiefs in the 2020 regular season. He made six tackles in the 22-17 divisional-round win over the Cleveland Browns last Sunday before leaving in the fourth quarter with a concussion.

He missed the season’s first four games serving an NFL suspension for violating the league’s policy on substance abuse.