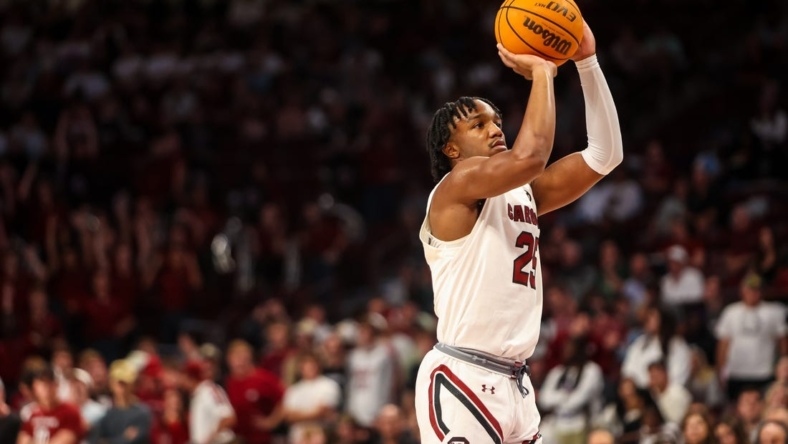 Clemson got PJ Hall back earlier than originally expected, but the veteran big man’s return wasn’t enough as the Tigers fell to the Gamecocks for the second time in their past three meetings.

South Carolina (2-0) led by 11 at the half but Clemson (1-1) would slowly claw its way back into it, finally tying it up at 58-58 on Brevin Galloway’s pair of free throws with seven seconds left in the game. That would set up the final heroics from Carter on the other end.

In front of a lively home crowd, the Gamecocks got a big night from Carter, who led the team with 16 points, including making 4 of 6 from beyond the arc.

South Carolina shot just 34.4 percent on the night but owned the glass, outrebounding Clemson 50-32, with 19 of those coming on the offensive end.

Hall led the Tigers with 15 points in his season debut, going 7 of 12 from the floor. Chase Hunter added 13 points and Hunter Tyson pitched in with 10, shooting 2 of 5 from behind the 3-point line.

After hitting six of their first nine shots to open the game, Clemson went cold, having multiple extended scoring droughts in the first half. The Tigers would hit on just four of their final 19 shots from the field before halftime and the Gamecocks went on a 14-2 run to give South Carolina a 35-26 lead at the break.