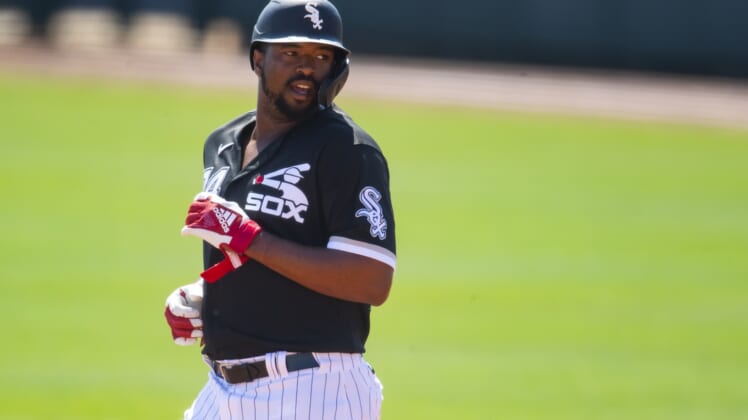 Chicago White Sox slugger Eloy Jimenez, who was expected to be one of the top run producers on one of baseball’s better teams, has been cleared to resume baseball activities as he works his way back from a torn pectoral muscle.

Jimenez has yet to play in a game for the first-place White Sox (41-24) after coming away with the injury during a spring training game.

There still is no timetable for his season debut, although estimates on his return are in the area of one month, which would put him back on the field for the second half of the season.

“Talked to him personally, and he was congratulating the guys on hanging in there and playing well and letting us know that he’s excited about beginning the baseball activities and would see us soon,” White Sox manager Tony La Russa said. “… Patience, patience, patience. We’ve got a lot of season left. But it’s great news.”

The White Sox have still fared well on offense without Jimenez, entering play Monday with the second best on-base percentage (.342) in baseball and the third-best batting average (.255). But they are tied with the Philadelphia Phillies for 22nd in home runs with 65.