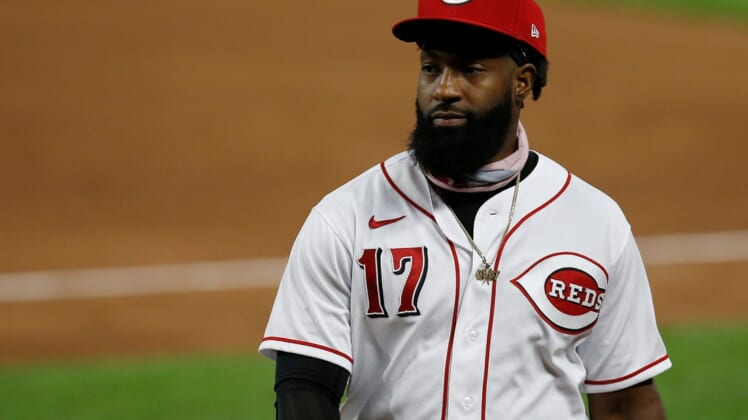 Goodwin, 30, was released by the Pittsburgh Pirates on Monday night.

The White Sox announced Monday that Luis Robert would miss 3-4 months with a torn hip flexor. The team is already without Eloy Jimenez for the season.

Goodwin has not appeared in a big-league game this season. He played in 50 games with the Los Angeles Angels and Cincinnati Reds in 2020, batting .215 with six home runs, 22 RBIs and five stolen bases. Goodwin clubbed a career-high 17 HRs for the Angels in 2019.

The White Sox drafted Goodwin in the 17th round of the 2009 amateur draft but he opted to play college ball. Washington selected him in the first round of the 2011 draft and he made his major league debut in 2016.