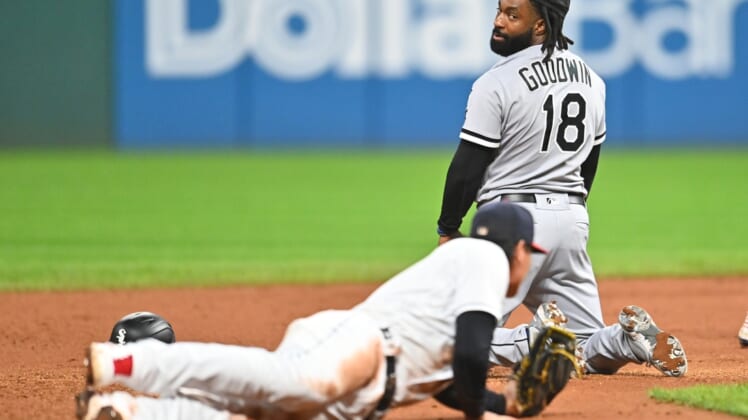 The Chicago White Sox placed outfielder Brian Goodwin on the 10-day injured list, retroactive to Friday, due to lower back spasms.

In a corresponding move, they recalled right-handed pitcher Matt Foster from Triple-A Charlotte on Sunday.

The White Sox signed Goodwin to a free-agent deal on May 4 after the Pittsburgh Pirates released the veteran. His acquisition came a day after the White Sox learned Luis Robert would be lost for several weeks after sustaining a hip injury. Eloy Jimenez also suffered a long-term injury in spring training, but both are back in the Chicago lineup as the American League Central champions prepare for the postseason.

Foster, 26, has shuttled between Chicago and Charlotte all season. In 34 relief appearances, he is 2-1 with a 6.32 ERA in 37 innings pitched. He has one save.