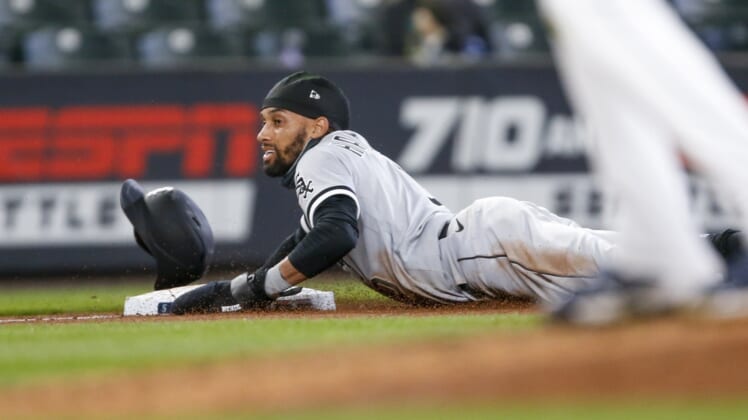 Hamilton, 30, sustained the injury after stealing third base during the fifth inning of Wednesday’s 8-4 loss against the Seattle Mariners. He scored on Yasmani Grandal’s bases-loaded walk before being replaced by Andrew Vaughn in left field.

Hamilton is batting .273 with one RBI and two runs scored in six games this season.

The loss of Hamilton is another setback to an ailing outfield, which is also without Eloy Jimenez (pectoral) and Adam Engel (hamstring).

Nick Williams was called up from Chicago’s alternate training site in Schaumburg and inserted into the starting lineup for Thursday’s game against the Kansas City Royals.